For most, a presidential election conjures the insanity of nearly incessant messaging on every form of media. There really is no way to escape unless you completely unplug from all media for the duration of the campaign.

Since that type of escape is almost impossible, most of us have been exposed to the election signs/posters/ads that aim to persuade us to vote for a particular candidate. Political campaigns depend upon the visibility, effectiveness and recall of their messaging. And the candidates hope that their messages are remembered for being strong, clear, 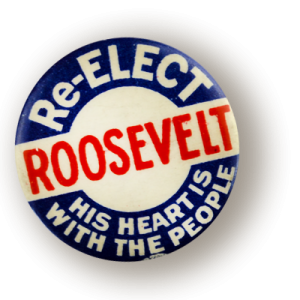 inspiring, or any other adjective one would attach to a positive recall. What candidates want to avoid is being memorable for how ridiculous, silly or absurd their messaging is. Or, even worse, not being remembered at all.

Creating a Great Campaign Slogan
A key messaging element for any campaign is its slogan. Creating a great slogan is not an easy task. It is usually a time-consuming exercise, but one that cannot be rushed. The slogan has to be one that is valuable and memorable to a voter. So, what makes an effective slogan?

1. Tie back to basic needs and values. Humans respond emotionally to the basic values of life, such as safety, happiness, security, community and survival. A slogan that elicits an emotional response is more likely to be remembered than one that doesn’t. 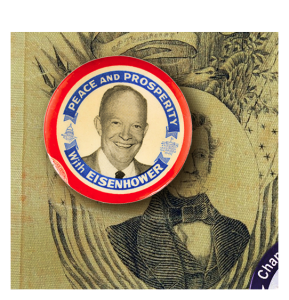 2. Make it unique/catchy/witty. Don’t be afraid to use language techniques, such as alliteration and rhythm, to create a message that “rolls off the tongue.” Rhythmic slogans leave an impression on a receiver that is often difficult to ignore. Humor can also add an element of uniqueness to a slogan, but be sure the message stays clear through the wit.

4. Be impactful. Endeavor to create a slogan that makes an impact by making it poignant. Make it ring true and convince voters that they want to vote for someone who can stand for something that big. 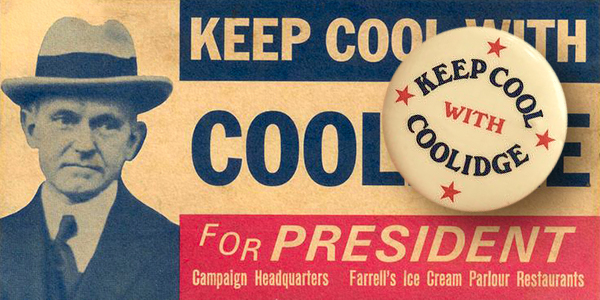 Presidential campaign slogans, over the course of history, have run the gamut from great to terrible. Take, for example, William McKinley’s motto from the 1896 election, “Patriotism, Protection, Prosperity.” It hits on all four of the elements of an effective campaign. It ties back to basic human needs of safety and survival and makes an impact on voters who seek those values. The use of alliteration makes it easy to recall, and it complements his campaign message as supporting the laborer. All in all, a good slogan. 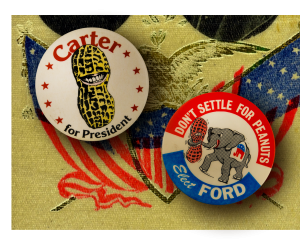 One that falls on the other end of the spectrum is Franklin D. Roosevelt’s catchphrase from the 1936 election, “Sunflowers die in November.” Unless a voter knows all the nuances of the context, which is that FDR was running against the governor of Kansas, Alf Landon, and the state flower is a sunflower, he will not understand the message. It does not touch on any of the elements of an effective slogan.

Please enjoy the lists below of good and bad slogans from U.S. presidential election campaigns. We understand there will be conflicting opinions out there, but keep in mind we are analyzing them based on the inclusion of a majority of the four elements of an effective campaign slogan mentioned above, not on political preferences or the contextual, key issues of the time of the election.

Be sure to read all the way to the end to test your ability to spot the real vs. fake campaign slogans.

The Good
These slogans all include a majority of the elements of an effective campaign slogan.
For President of the People.  Zachary Taylor, 1848
Four More Years of the Full Dinner Pail.  William McKinley, 1900
A Chicken in Every Pot and a Car in Every Garage.  Herbert Hoover, 1928

If you have a favorite slogan that we have missed, please leave it in a comment. 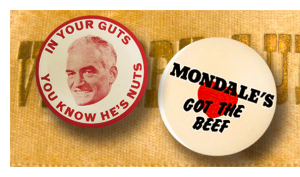 Do you know a slogan that is off the mark? Let us know in a comment.

The Game
Now, let’s have some fun. Click on the link to play our “Real vs. Fake Campaign Slogans” game. In less than five minutes, you will know if you need to brush up on your history or political science. Enjoy!