Getting a Handle on Habits 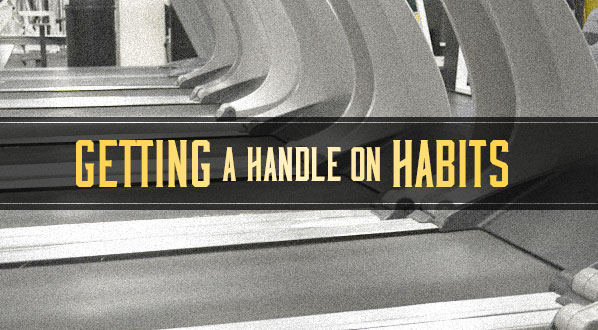 Finally! The resolutionaries have retreated back to their couch-potato, carbohydrate-consuming and slovenly ways. It usually happens on or before the Ides of March or at the very latest, April Fool’s Day, every year. They wake up one day and mumble something like: “What the heck was I thinking? I can’t keep doing this! This is crazy!”

You probably know a resolutionary or two. For that matter, you might be one.

They are those well-meaning people who while basking in the glow of that last glass of champagne early on New Year’s Day RESOLVE to change any number of their deleterious ways. They really, really mean to try and do better in the coming year, but somehow they never do.

In his fascinating book, “The Power of Habit,” business writer Charles Duhigg, explains this phenomenon. As is the usual case with the human condition, it all starts in the brain. 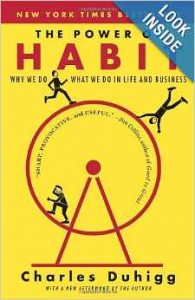 Neuroscientists trace our habit-making behavior to a part of the brain called the “basal ganglia,” which also plays a key role in the development of emotions, memories and pattern recognition. The much more proactive behavior – making a decision – is made in a completely different part of the brain, the prefrontal cortex.

Here’s a key point. As soon as a behavior becomes automatic – lighting up another cigarette, pounding down a six-pack and a bag of potato chips or any of thousands of other habits – the decision-making part of the brain goes into a sleep mode. It’s on autopilot and the plane is going wherever it wants to go.

Looping the Loop
Duhigg notes that every habit starts with a psychological pattern called a “habit loop” which is a three-part process. First, there’s a trigger which tells the brain to go into automatic mode and allow the behavior to go crazy. Then there’s the routine which is the behavior itself. The third step is the reward. This is something your brain likes and helps it remember the habit loop in the future.

Do you have any bad habits? No. Me neither. However, for that “friend” who might have a few, you might want to encourage him/her to take a vacation.

Marketing Habits
Choosing which brand of toothpaste or laundry soap is pretty much habitual. Certainly, this brand loyalty must be earned at the beginning of the consumer/brand relationship. However, after this has been completed, the power of the habit loop works its magic. In many cases, a consumer can’t even articulate what pleasurable experience is being derived from his or her purchasing habits.

According to Duhigg, the marketing gurus of consumer product behemoth Proctor & Gamble used the power of the habit to turn fabric odor eliminator Febreze into a successful product. When this product was first introduced, it came in only one scent and the company’s advertising pitched it as a way to get rid of bad smells. As it turned out, this was the wrong way to start a buying habit.

After those first (dismal) sales figures came back to the company, P&G pivoted. That’s when it reformulated Febreze to include different scents.

Duhigg notes, “As soon as they did that, people started using it at the end of their cleaning habits to make things smell as nice as they looked,” he says. “And what they figured out is that people crave a nice smell when everything looks pretty. Now, no consumer would have said that, but companies can figure this out, and that’s how they can make products work.”

The book also notes how chain stores such as Target zero in on pregnant women because their old habits are dramatically changed by the new little bundle of joy in their lives. All of the routines are jettisoned and “suddenly a marketer can come in and sell you new things.” The analysts at Target regularly amass terabytes of data, often collected at the check-out counter, of individual buying habits. This is cross-referenced with credit cards and this is used to start marketing campaigns.

As a sidebar, the privacy breach of Target customers’ credit cards during last Christmas shopping season suggests a little “tweaking” of their data-gathering might be in order. Perhaps the big data collectors at this retailer should spend as much time and resources on monitoring the security of this information as they do in building shopping histories.

Getting a note from the bank saying that one’s credit and debit cards have been compromised by cyber-thieves is one very effective way to break the habit loop of choosing the same old place for shopping. Target now has the challenge of rebuilding the trust lost by the privacy debacle and taking steps to reconstruct the old shopping habit loops. The science behind habits suggests this will not be easy.

So, what’s the most difficult habit you’ve ever overcome? Post below and make us feel better about ourselves.