The Super Bowl is celebrating 50 this year. In honor of this historic event, we are taking a trip down memory lane with a retrospective of Super Bowl halftime shows and performances, and the marketing tie between the Super Bowl and the halftime performer.

According to Sports Illustrated, Super Bowl halftime show entertainment started as an idea to fill time in the first title game of football in 1967 (it wasn’t even called the Super Bowl at that time). The entertainment that year was the marching bands from the University of Arizona and the University of Michigan. Advertisers for that game paid $37,500 for a 30-second spot to reach an average 24,430,000 U.S. viewers. 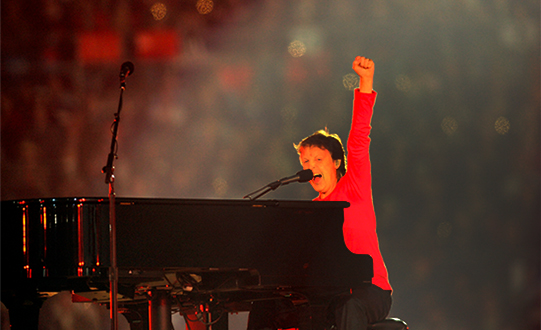 The marching band trend continued through the first decade of Super Bowl matchups. The second decade or so featured marching bands, but started to include collaborations with drill teams and performance ensembles, such as “Up With People.”
During Super Bowl XXVI in 1992, rival network FOX aired a special live performance of “In Living Color” to draw audience away from the game. The effort was a success, as it drew 22 million viewers. To counter such tactics, the NFL decided it needed to put big entertainment on stage during halftime to attract and retain viewers. So, who was the biggest artist at the time? Michael Jackson, of course.

The performance by Michael Jackson at Super Bowl XXVII in 1993 solidified the halftime show as a must-see event all on its own. His performance was one of the most-watched television events in American TV history up until that point, according to Yahoo Sports. By this time, advertisers were paying $850,000 for a 30-second spot to reach just shy of 100,000,000 viewers. 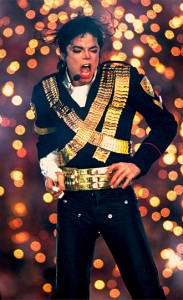 Marketing and the Halftime Show
With viewership numbers creeping up to 120,000,000, what advertiser, sponsor or performer can pass up the opportunity to leave an impression on that large of an audience? The Super Bowl, as an entity, has become a marketing-mecca. And, the halftime show is a key part of the overall marketing mix of the Super Bowl.

The NFL neither pays an appearance fee to artists performing during halftime, nor do they charge the artists to perform.

The answers to both questions are the mutually beneficial capitalization on each other’s brand and marketing efforts pre/during/post game, increased exposure to an otherwise unattainable audience and increased revenue. 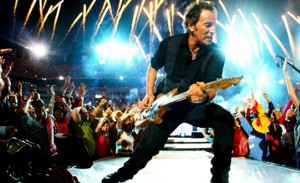 What are the benefits to the NFL? The artists provide access to viewers that may not necessarily be interested in the actual game, but want to see the halftime show performance. An increase in the number of viewers means higher ratings, which means the NFL can charge more for advertising during the game, therefore increasing its revenue. Just look at the history of viewership numbers and advertising costs to see the correlation between the two. 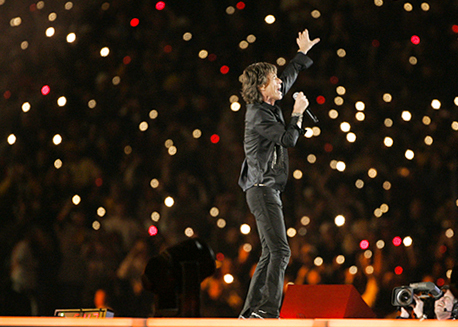 A Final Thought
The Super Bowl is more than just a competition of athletes. The halftime show has evolved into an event all its own, with artists each year trying to out-perform the artist from the previous year. The entertainment has become an essential part of the entire broadcast, and is heavily promoted in pre-game marketing as a way to attract more viewers. Ponder this…what would the audience numbers be if the halftime entertainment went back to marching bands?

What is your favorite or most memorable halftime show? We’d love to hear your comments.