Posters of the WPA – Some Thoughts for this Labor Day

“The WPA artist, in rendering his own impression of things, speaks also for the spirit of his fellow countrymen everywhere.” – President Franklin Delano Roosevelt, May 1939 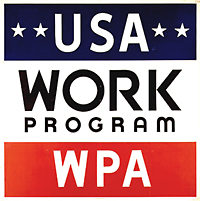 As this year’s Labor Day approaches and comes to pass, I find those words spoken more than 70 years ago still inspiring if not somewhat prophetic.

As a graphic designer residing in an area that has been devastated by natural disasters and is currently being hamstrung by one that is man-made, I have consistently felt the tug to express strong visual exclamations. Those “calls to action” that my design predecessors certainly were also moved to express – to activate the spirit, and inspire the hearts and minds of their countrymen.

The advent of the Works Progress Administration’s Federal Art Project in the 1930s was a rare moment in American history. Never before (and some would say since) had our federal government embraced the artisans and the craftspeople of our country, utilizing their skills and putting them to work for the benefit of all Americans.

While the WPA murals, sculpture, paintings and architecture may be regarded with greater importance, it is the WPA poster that is near and dear to my heart, and the focus here.

These posters were a highly effective means of getting a simple, imperative message across to the American people. Their flat, silk-screened artwork and their engaging typography made these posters visually appealing, culturally significant and a forceful means of communication.

Some of us in our industry believe to this day that the WPA and the FAP promoted the graphic artist as a necessary and integral part of the American work force.

At their inception, some WPA construction projects were viewed as “shovel leaners” – where workers were merely showing up to hang around the job site to collect a check. Sound familiar? In historical context these criticisms were mostly unfair as many of the construction projects of the period are still wonders to behold. Take the Grand Coulee Dam, for instance.

By coalescing and activating a workforce made up of scholars, writers, artists and dancers, the Federal Art Project of the WPA sought to bolster and balance the project’s overall image. The graphic designer – the poster artist – thus became a relevant part of the workforce, setting the stage for what would become a vibrant and productive industry. Advertising.

I could go on with the various historical and cultural implications of the WPA, or delve into the political aspects of some of the projects (mainly the “red hunts” or the Defense Department sponsorship of the FAP), but others have covered these topics in greater detail.

So this Labor Day, as we watch our national economy slowly rebound, try to imagine what it was like during the Great Depression with nearly 30% of our able workers having no job to go to and no paycheck to bring home. I find I appreciate the work of the WPA artists just a little bit more.

Truly it was their labor of love.

Select to view posters from the period which focus on labor or enterprise: 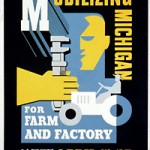 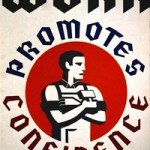 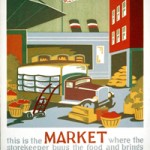 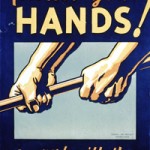 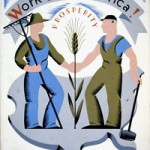 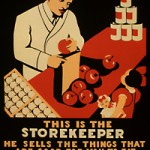 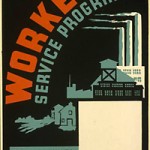 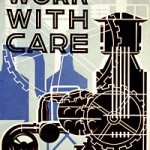 Would you like to see more WPA posters? Visit our Library of Congress’ WPA collection in the Prints & Photographs Exhibit.