It was 175 years ago today that Texas declared its independence from Mexico. The Republic of Texas then became a U.S. state in 1854. Not long after statehood, the C.H. Guenther family opened a flour milling operation that has grown significantly over the years and is now the oldest family-owned business in Texas. C.H. Guenther & Son, Inc. is a featured “Based Here, Born Here” advertiser in this month’s Terquasquicentennial Issue of Texas Monthly. We’re proud to have played a part in designing their ad, an old-fashioned illustration on a flour sack. 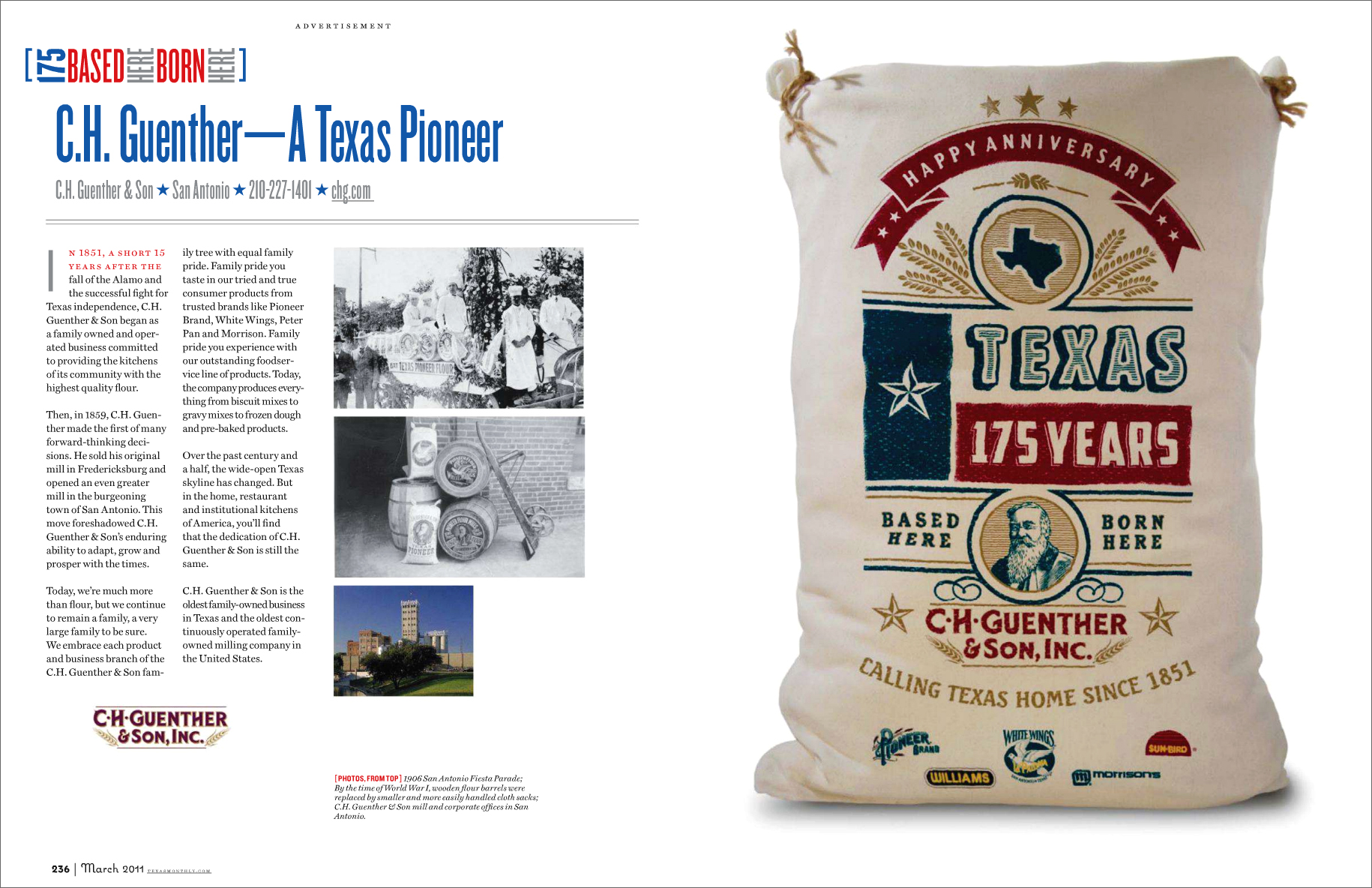 Many thanks to Steve Popp, a Texas native and proprietor of Popp Brand Advertising, the art director who gave us the opportunity to be involved. Like Steve, a couple of our key creative staff members spent their early design careers in the fertile creative market of Dallas. We know the fierce pride Texans have in their independent spirit. We aimed to have that come through in the illustration.

If you have a chance, pick up a copy of Texas Monthly. It’s a beautifully designed publication.

Lisa, an owner and responsible for business development, has a varied communications and marketing background. Her experience includes television broadcasting, arena marketing and higher education public relations. Lisa graduated from the University of Louisiana at Lafayette. Some things you may not know about her: Favorite movie is It’s a Wonderful Life. Was a news anchor & reporter in a previous life. Incurable chocoholic. Has been photographed with Miss Piggy, George Strait, Robert Palmer and Billy Joel. Novice fantasy football team owner. Appreciates humor and a well-written phrase.
View all posts by Lisa Prejean →
This entry was posted in Advertising, Design, Fun Stuff, Illustration & Photography, Our Work and tagged C.H. Guenther, Popp Brand, Texas 175th Anniversary, Texas Monthly. Bookmark the permalink.