Big Kahuna, Schooner Tuna, & Everything in Between

Or the Art of the Fake Brand

There was a time and place not so long ago where the thought of placing a company’s product in a full-feature film or television series was not only frowned upon, it was considered downright despicable. But, think about this for a moment – if our real lives are immersed in a constant blitz of advertising and product pushes from every angle, shouldn’t the film or video version of life be just as immersed?

For that extra dose of reality, Hollywood’s visual storytellers commonly intersperse products, packaging or commercials into their imaginary world. Sometimes the placement is subtle or nearly invisible. Sometimes it’s incredibly overt. From this story’s perspective, the product placement is an integral part of the storyline.

Fly the Friendly Skies
Umm sure, as long as it’s not Oceanic Airlines. If you think air travel today ranks right up there with a root canal, then this quintessential faux company is your airline of choice. Oceanic is a first class brand all the way. That’s assuming you’re comfortable with explosive decompression, hijacking, in-flight murder, or the odd crash and burn. Replete with a somewhat intriguing identity, environmental graphics, outdoor advertising and other common brand-driven touch points, the high-flying realism that the Oceanic brand affords a director is outstanding.

Oceanic is also a perfect case of why placement of a real-world brand would be out of the question. What airline in its right mind would want this kind of publicity or promotional attention? Shame on you if you answered Air Florida. 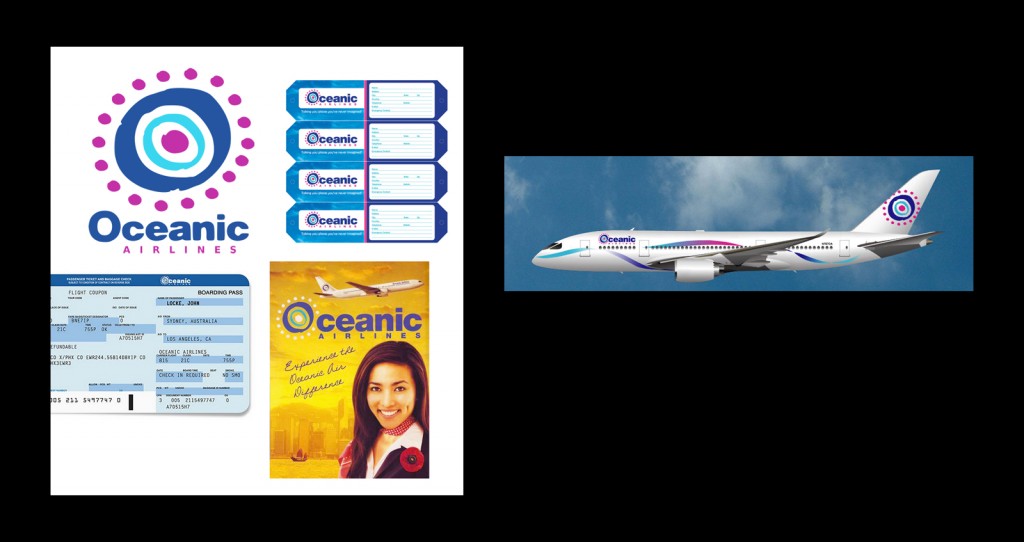 Mmm-mmmm. That is a tasty burger.
Ah Quentin, now here’s a man who understands the power of the brand – fictional or otherwise. With Big Kahuna Burger (that’s that Hawaiian burger joint) playing best lead prop in Tarantino’s Pulp Fiction, more than a few of us have been brand-imprinted by this burger. Big Kahuna is a little light on the visual impact – we’ve only seen the logo and some of the packaging. But wow, a McDonald’s Quarter Pounder with Cheese (or a Royale with Cheese for you continental types) just wouldn’t have stood up to the pressure of Samuel L. Jackson. 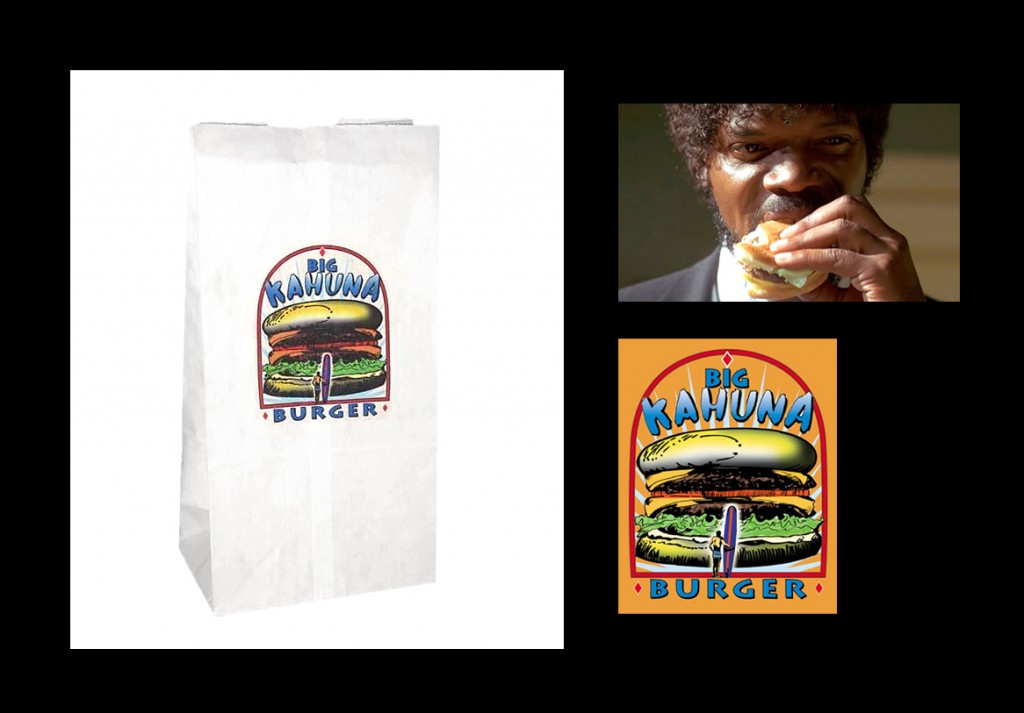 Big Kahuna Burger is also a perfect example (victim?) of the double-fake, end around brand reverse – a fictional product that morphs into a real one with no regard to the product’s perceived or original intent. Which begs the question, “What does Marsellus Wallace look like?”

Beer is proof that God loves us and wants us to be happy. – Benjamin Franklin, Founding Father
Ah, beer. The cause of, and the solution to all of life’s problems. – Homer J. Simpson, Fake Father
You would think that the Bud, Miller or Heineken behemoths would own the beer placement category, but no, that’s not the case, six-pack or 40-ouncer. I invite you to virtually partake in a tall frosty mug of Heisler Gold Ale. The packaging, look and feel of this fake brand is nailed so well that most who have seen this on-screen brew didn’t even realize it was a fugazi. Developed by master prop artists, Independent Studio Services, the Heisler brand has appeared in more television series than you can shake a live studio audience at. Well played ISS, well played indeed.

Referenced in: Bionic Woman, Burn Notice, Malcom in the Middle, CSI, Ghost World, How I Met Your mother, My Name is Earl and The Simpsons (Duff)

Is “Chicken of the Sea” chicken or tuna? – Jessica Simpson, Fake Actress
Imagine this far-fetched scenario – the United States is in an economic crisis, floundering in the midst of job layoffs and a deep recession. The bread-winning dad of a suburban family gets canned from his job as an engineer with an automaker, the stay-at-home mom reboots her career as (wait for it) an executive for a prominent ad agency. Dad now stays at home tending the kids. High jinx ensue. Mom, who has new insights on the advertising industry because, well, she’s a mom, develops a new strategy for the agency’s flagship client, Schooner Tuna (From “Yum Yum; Tuna Bits” to “The Tuna With a Heart”). Cue the commercial: A message from Howard Humphrey, President & CEO of Schooner Tuna — “My fellow Americans. I am Howard Humphrey. All of us here at Schooner Tuna sympathize with all of you hit so hard by these trying economic times. In order to help you, we are reducing the price of Schooner Tuna by 50 cents a can. When this crisis is over, we will go back to our regular prices. Until then, remember, we’re all in this together. Schooner Tuna. The tuna with a heart.”

Our country is saved by advertising a fictional product. Sounds reasonable.

If only our current reality would be so generous. 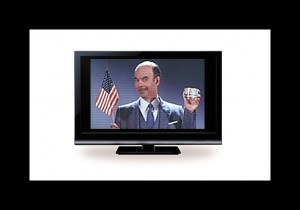 What’s the take-away on this? You can’t have a parallel fantasy world without a fictional dose of reality. And advertising? It’s a major part of that reality.

While you’re contemplating your next transcontinental flight on Oceanic Airlines, take a quick look at these other famous (or infamous) occurrences of pseudo-product placement:

2 Responses to Big Kahuna, Schooner Tuna, & Everything in Between