Posted on August 8, 2013 by Prejean Creative 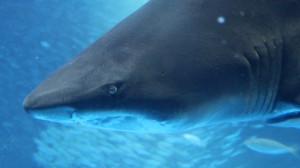 We are in the middle of a once-a-year phenomenon this week. It’s Shark Week. The Discovery Channel has celebrated Shark Week, an annual marathon of shark documentaries, for 26 years and it has been, well, AWESOME.

If you haven’t dived into this addicting series, then get yourself in front of a television tonight. It can’t be explained, it has to be seen. So what’s all the hype about when it comes to this week and sharks? Why are people so amazed by the most feared water predator? That’s part of the mystery – no one knows!

With more than 80 unprovoked attacks worldwide last year, these deadly creatures are nothing to laugh about. The truth is that our knowledge of this elusive creature is limited because of how difficult it is to research a shark while in captivity; they have different behaviors and don’t live very long because of the stress from this confinement. This animal is accustomed to roaming freely throughout the planet’s oceans, not being kept in a tank. In fact, researchers are discovering new species of sharks every day, that’s how elusive they are.

So what marketing lessons can be learned from Shark Week and The Discovery Channel? Well, the folks driving the Shark Week boat are aware of the spell sharks have on us and have always had great success with it. However, unlike most campaigns, which usually have a short shelf life, Shark Week has defied the odds. It can be difficult to pump out new, refreshing ideas to create customer engagement, but Shark Week has brought energy to the end of summer for as long as we can remember with new facts and research. And just like sharks have had to adapt their feeding tactics because of scarce food, the folks at Discovery have adapted their promotional tactics by heavily incorporating social media into their marketing strategy. 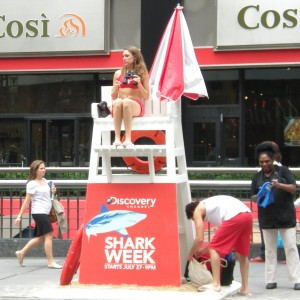 Traditional advertising, through commercials, is still in heavy rotation, especially this year with the new mascot, Snuffy the Seal, who unfortunately met his untimely death at the jaws of a great white. That commercial laid the groundwork for a “Save Snuffy” campaign on Facebook which has more than 2,000 “likes” and helps drive traffic back to the Discovery website. However, new efforts focused on social media networks, such as Twitter, and video apps, such as Vine, have definitely taken off.  Engagement went through the roof in 2012 with more than 1.7 million mentions of Shark Week on Twitter, which was due to the #sharkweek hashtag found on-screen during programming.

Even other brands, such as The Weather Channel, Volkswagen USA and Tide have attached themselves to Shark Week in a bid to increase their own customer engagement. Each has a Vine account that has their own shark creative and they can be quite entertaining. The lesson learned here is, just when you think that your advertising campaign may be losing steam, try reshuffling your focus to a social media strategy. By creating a social media campaign, Discovery has significantly increased customer engagement through “likes,” commenting and sharing, and ensured the future success of Shark Week.

If your marketing could use a refresh, take a look at social media as a way to re-engage with your customers. Today’s customers are checking their Twitter, Facebook and LinkedIn profiles as a natural part of their daily routines. In fact, many are checking their profiles multiple times throughout the day.  If your organization isn’t yet active on social media and needs a jump start, that’s what we’re here for. We can provide you with social media marketing strategies that will connect your business with current and new customers, and create new business opportunities.

Reinvigorating a marketing campaign takes a great business strategy that is open to evolving, just like the sharks and the Discovery Channel have had to do. So what are you waiting for? Dive into social media marketing today.